MACSA supports Tightening of Legislation in Strengthening The Family Values

MACSA heartily thank Ahmad Marzuk Shaary, Deputy Minister in the Prime Minister’s Department, for his valuable feedback regarding the gaps in Syariah legislation pertaining to ‘transgenders’.

His two recommendations, to tighten legislation in view of preventing disruptive behaviour, are on point and very much welcomed.

His feedback was given as a response to the recent fiasco involving Muhammad Sajjad Kamaruz Zaman, popularly known as Sajat, who was recently charged under Section 10(a) of the Syariah Criminal Offences Enactment (Selangor) 1995 for dressing as a female at a religious event.

It is obvious that a tougher law is needed to prevent these infringements from continuing as this is not the first time the social media influencer has committed this offence.

Earlier last year, Muhammad Sajjad was exposed for performing umrah in Makkah dressed as a woman, even though he was registered as a male pilgrim.

These deceptions have obvious Syariah consequences particularly for women who encounter him in single-sex spaces, such as public toilets or praying areas. His recent actions, in the presence of innocent children in a religious event, are deeply offensive to our values and religion.

We do not want to open the door to heinous practices such as Drag Queen Story Time, which is being practiced in secular liberal societies where drag queens are invited to kindergartens and libraries to read story books to children. These countries are now experiencing an explosion in the number of children asking to change their genders by way of puberty blockers, mutilating surgeries and hormone treatments. We will not stand for our children to be abused in this way.

We are also appalled by the statement of the Human Rights Commission of Malaysia (SUHAKAM) dated 20 January 2021 addressing this issue. As a national human right body, instituted by a Parliamentary Act, SUHAKAM’s statement is irresponsible to its duty to, first and foremost, respect the spirit of the Federal Constitution, which has given much reverence to Islamic law.

It is alarming that in its statement, SUHAKAM portrays the proposed amendment as intended to exclusively target the LGBT community. Such portrayal is erroneous. The proposed amendment to Syariah Courts (Criminal Jurisdiction) Act 1965 (or in short, Act 355) is a procedural amendment to allow imposition of higher punishments for Syariah criminal offences.

Act 355, itself is silent on any substantive criminal provision; therefore cannot be intended to aim at any purported offence, what more at any purported group of people. To paint it otherwise is misconceiving and duplicitous.

SUHAKAM fails to see this publicly disruptive behaviour as other than an individual ‘human right’ that must be tolerated at all costs with little consideration to the peace and order of the society at large. It also contradicts Section 4(4) of the SUHAKAM Act which asserts that the Universal Declaration of Human Rights (UDHR) can be upheld so long as it does not contradict the Federal Constitution.

The UDHR protects every individual, from arbitrary arrest, torture and extrajudicial killing by the State by virtue of their human dignity. It must be emphasized that, a person’s sexual attractions or gender preferences do not give him a license to break the law. We respectfully advise SUHAKAM to exercise prudence and to respect the Syariah law of this country and the prevailing social norms of our society.

Human rights cannot stand without human dignity, which can only be accorded when respect is conceded to the society. 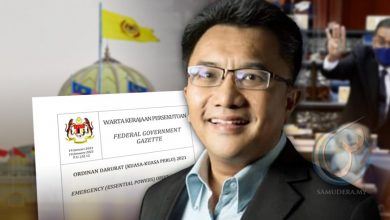 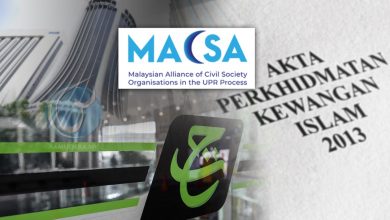 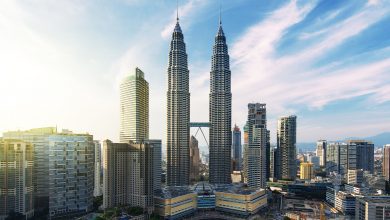