(March 29): Hennes & Mauritz AB stores in some parts of China are being closed by their landlords, threatening to disrupt the clothing giant’s growth in its fourth-biggest market as Beijing’s growing sensitivity toward criticism of the human-rights situation in Xinjiang ensnares western companies.

At least six stores in the lower-tier cities of Urumqi, Yinchuan, Changchun and Lianyungang have been shut down by the owners of the properties, according to mall operators in those areas who were contacted by Bloomberg. Local media have reported more closures, with pictures showing H&M’s brand billboards being removed. 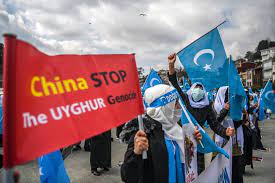 The Guardian view on China’s treatment of the Uighurs: from unthinkable to irrefutable